Fans will have one last chance to see longtime BalletMet dancer Olivia Clark perform the role of Mina in David Nixon’s Dracula this fall at the Capitol Theatre. After the final Dracula performance on November 7, 2015, Ms. Clark will take her final bows and retire from the stage.

During her 18 seasons with BalletMet, Ms. Clark danced under three Artistic Directors – David Nixon, Gerard Charles and Edwaard Liang. In 2010, she received the Violetta Boft Award for Artistic Excellence, an honor that held particular significance for her as a former student of siblings Violetta and George Boft.

Ms. Clark trained in the BalletMet Dance Academy Pre-Professional Program, where she received the Lucy Porter Scholarship. A longtime member of the BalletMet Company, Ms. Clark has also danced with Festival Ballet of Rhode Island and Nashville Ballet. In 2006, she performed in Poland as part of the International Contemporary Dance Festival, and in 2010 toured with BalletMet to perform in Moscow and St. Petersburg, Russia.

With BalletMet, she has performed roles such as Mina in David Nixon’s Dracula, Fortuna in Dwight Rhoden’s Carmina Burana, the title role in Amadeo Amodio’s Carmen, Helena in Nixon’s A Midsummer Night’s Dream, the Solo Girl in George Balanchine’s Rubies, Maurice Hines’ High C, the woman in James Kudelka’s The Man in Black, Clara in Charles’ The Nutcracker, Autumn in Kudelka’s The Four Seasons and Mother and Maiden in Birgit Scherzer’s Requiem!!

Ms. Clark is married to ballet master Hisham Omardien and they have two children: a seven-year-old daughter, Safiyyah, and a four-month-old son, Zayn. 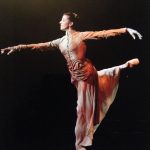 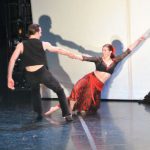 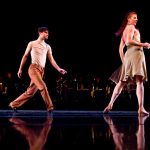